Recently, we have been finding a lot of Empire style sofas and settees.

Below is a settee that was recently added to the collection. This piece needs to be reupholstered and the joints need to be tightened and glued. Right now, this piece is being used as an artwork holder because of the condition of the upholstery. 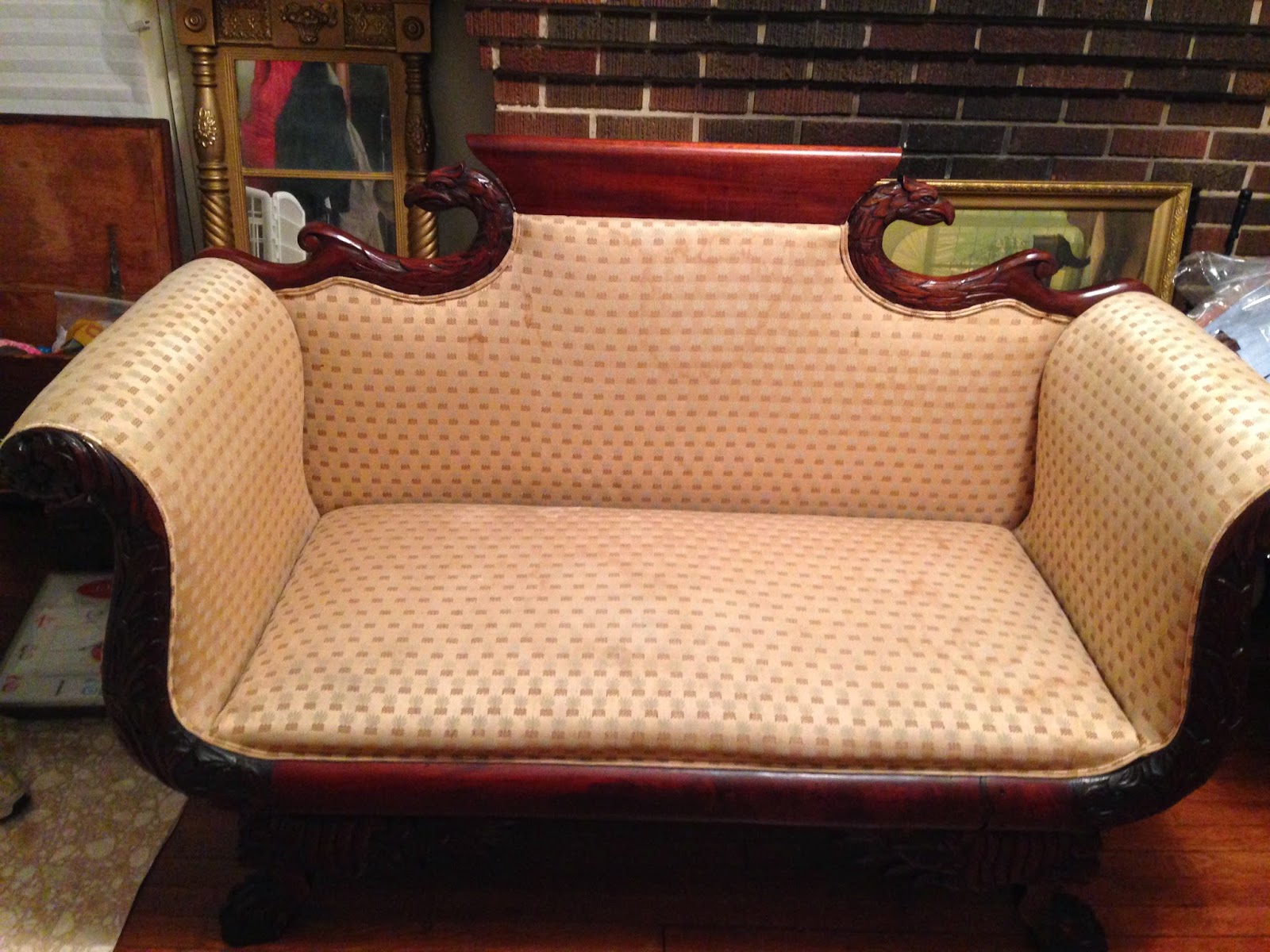 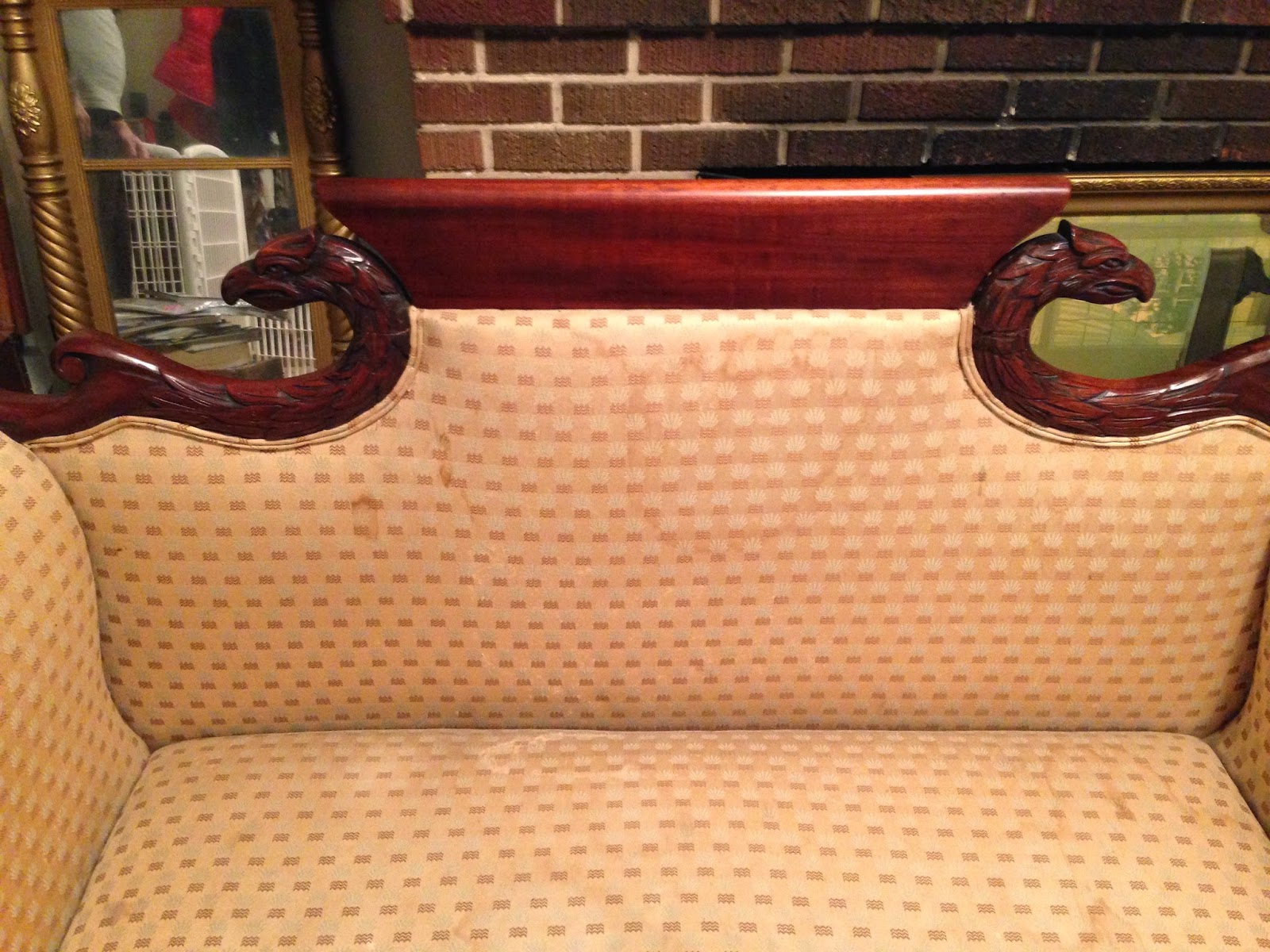 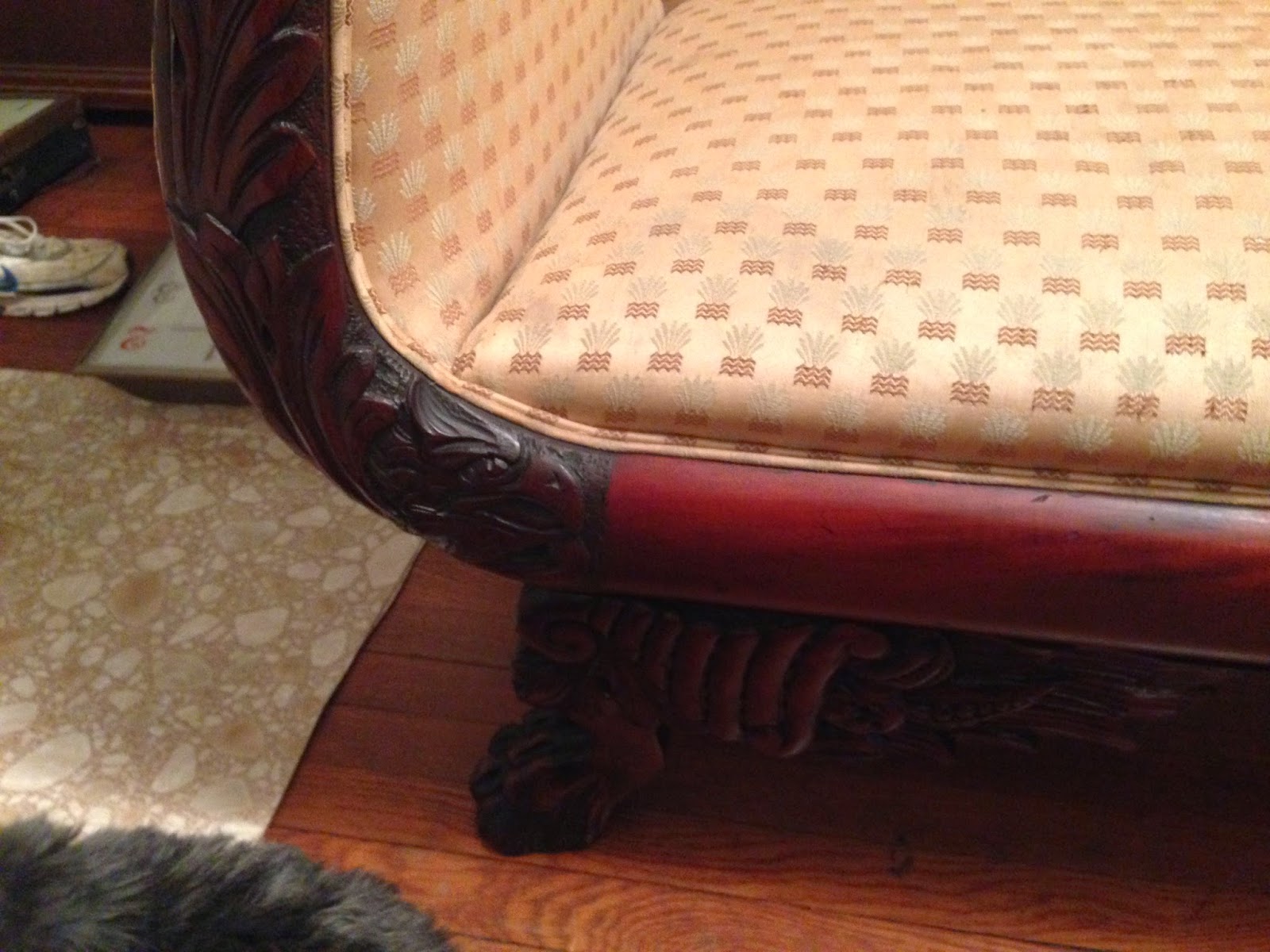 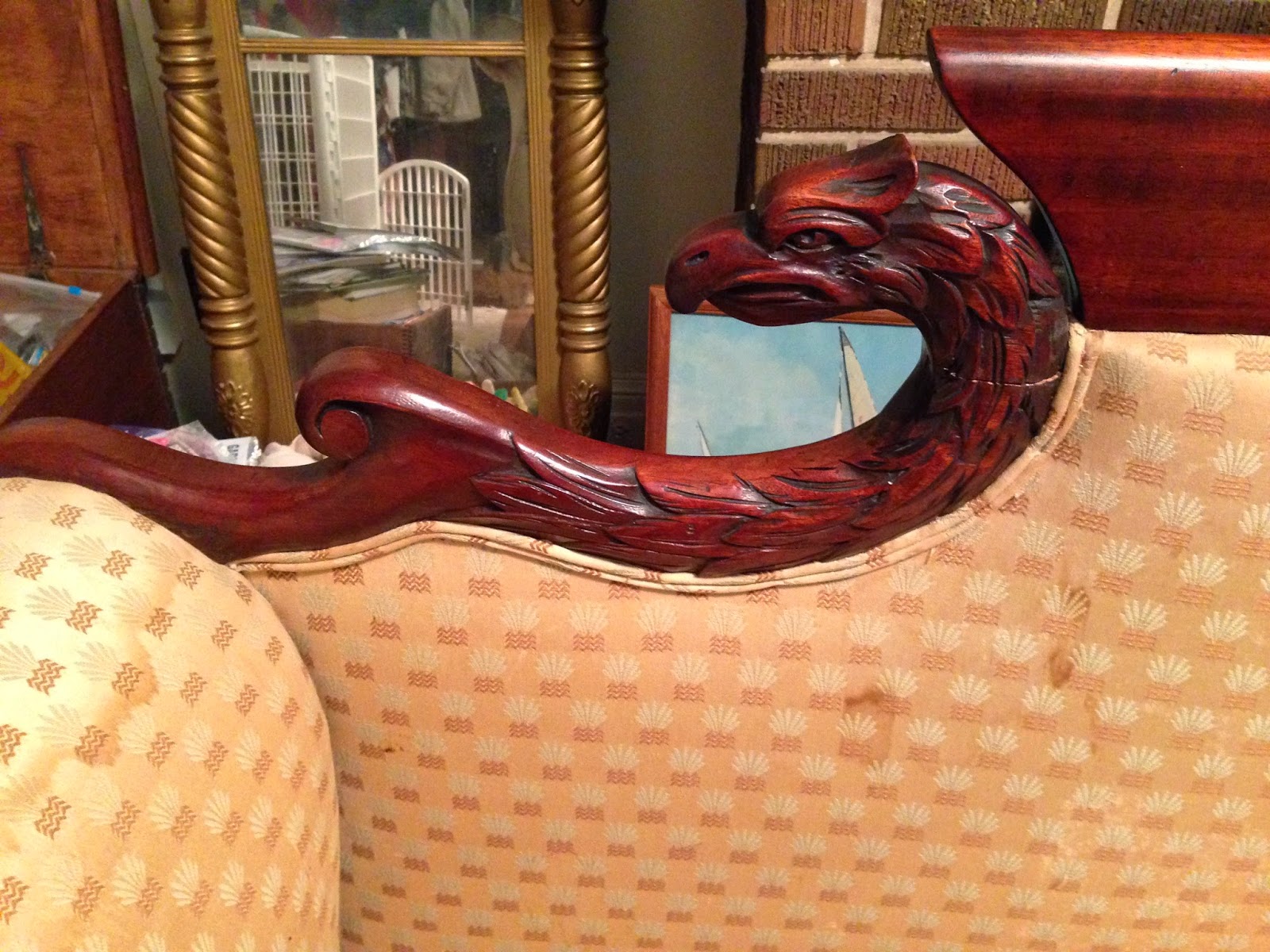 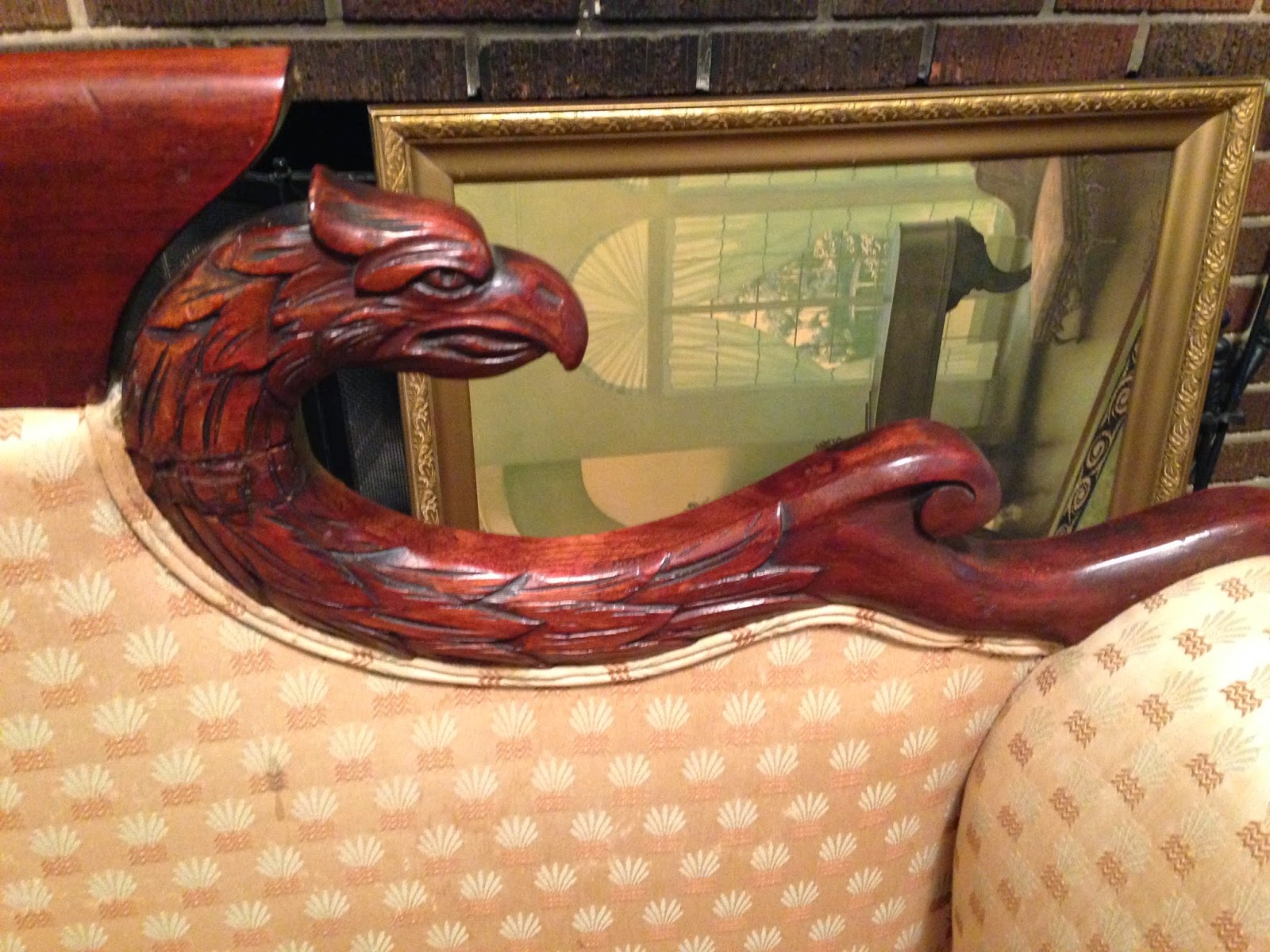 This piece dates to about 1825-1830 and was likely made in Philadelphia. There is intricate hand carving all along the rails and there are two eagle heads on the back. Some furniture made in the United States during the Federal era (roughly 1780-1830) have patriotic themed carvings. Many pieces depict eagles, though there are some that have arrangements of stars, arrows, or acorns that correspond to the number of states there were in the Union at the time the piece was made.

This will be re-upholstered eventually. The upholstery is stained and soiled beyond repair and has some thin spots. Considering it's been on the piece for about 75 years, whoever had it done got their money's worth.