More miscellaneous items for you guys.


My husband found the candlestick phone for a good price while we were on vacation in North Carolina. She's a beauty isn't she! This baby will eventually be placed in the living room (will be turned into a study) or family room. It's funny...when you show these phones to the younger generation (post 90s babies) they are in awe...lol. This one is from the early 1920s and has an original 5-cent courtesy coin box on it. 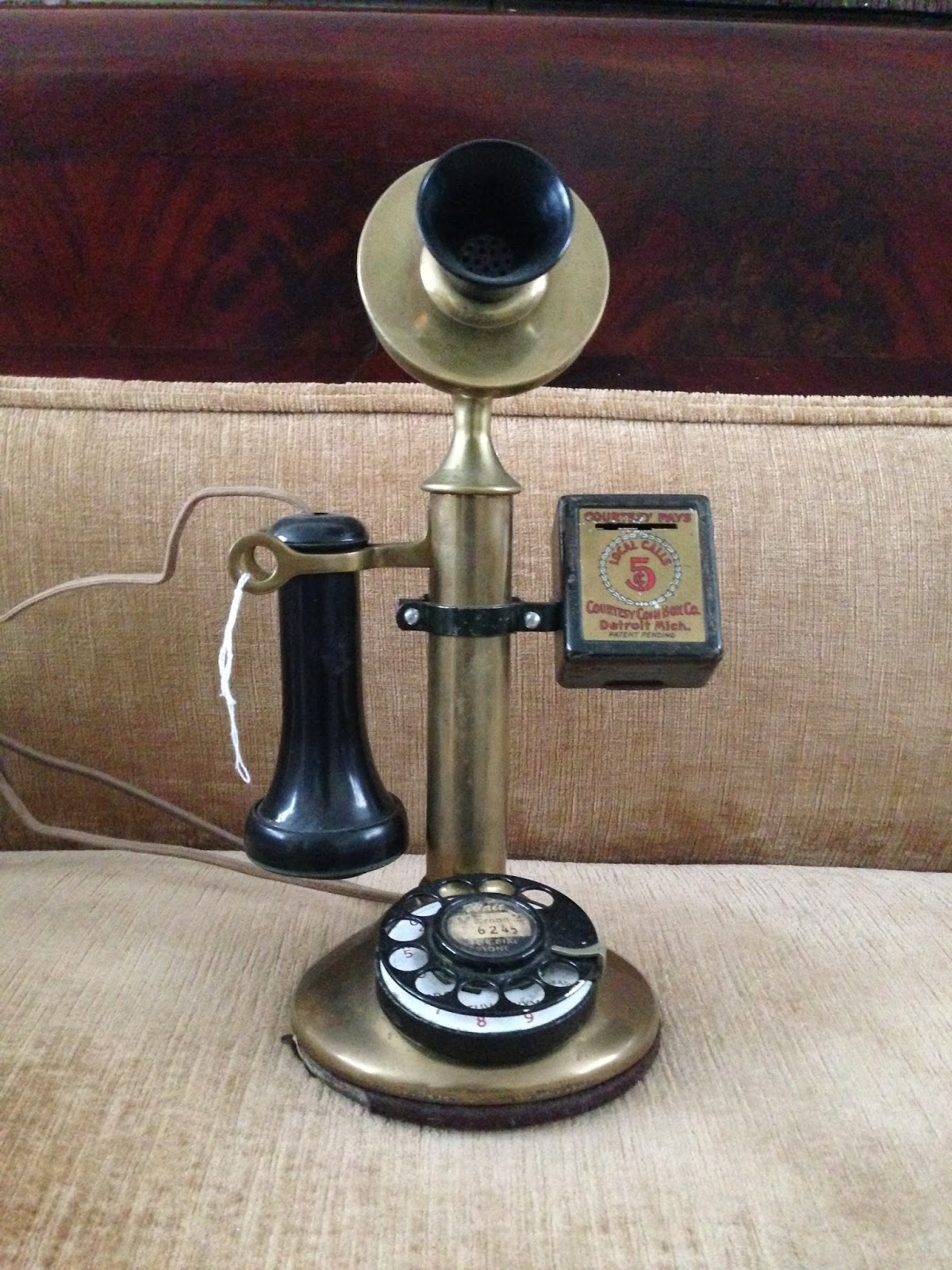 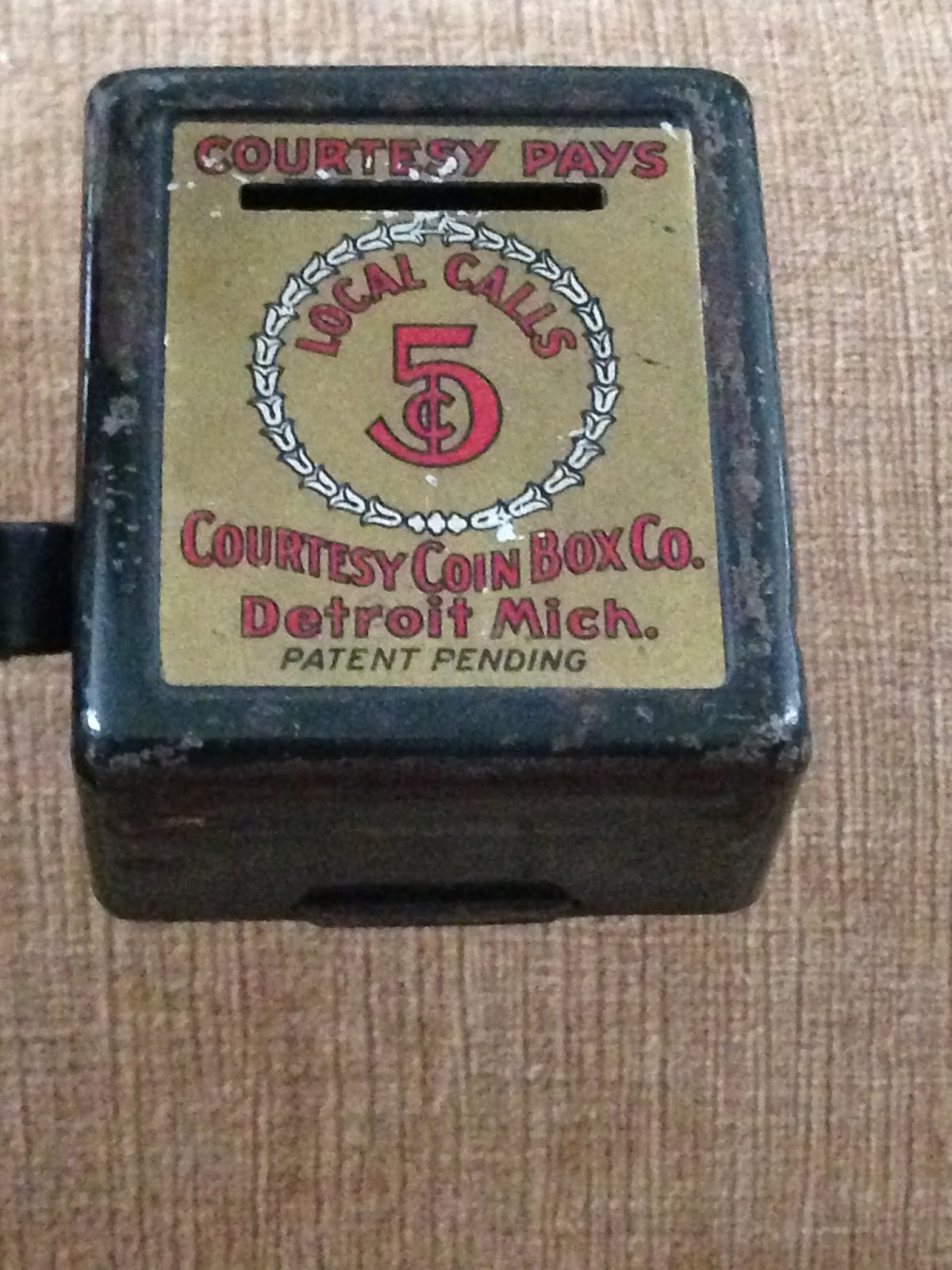 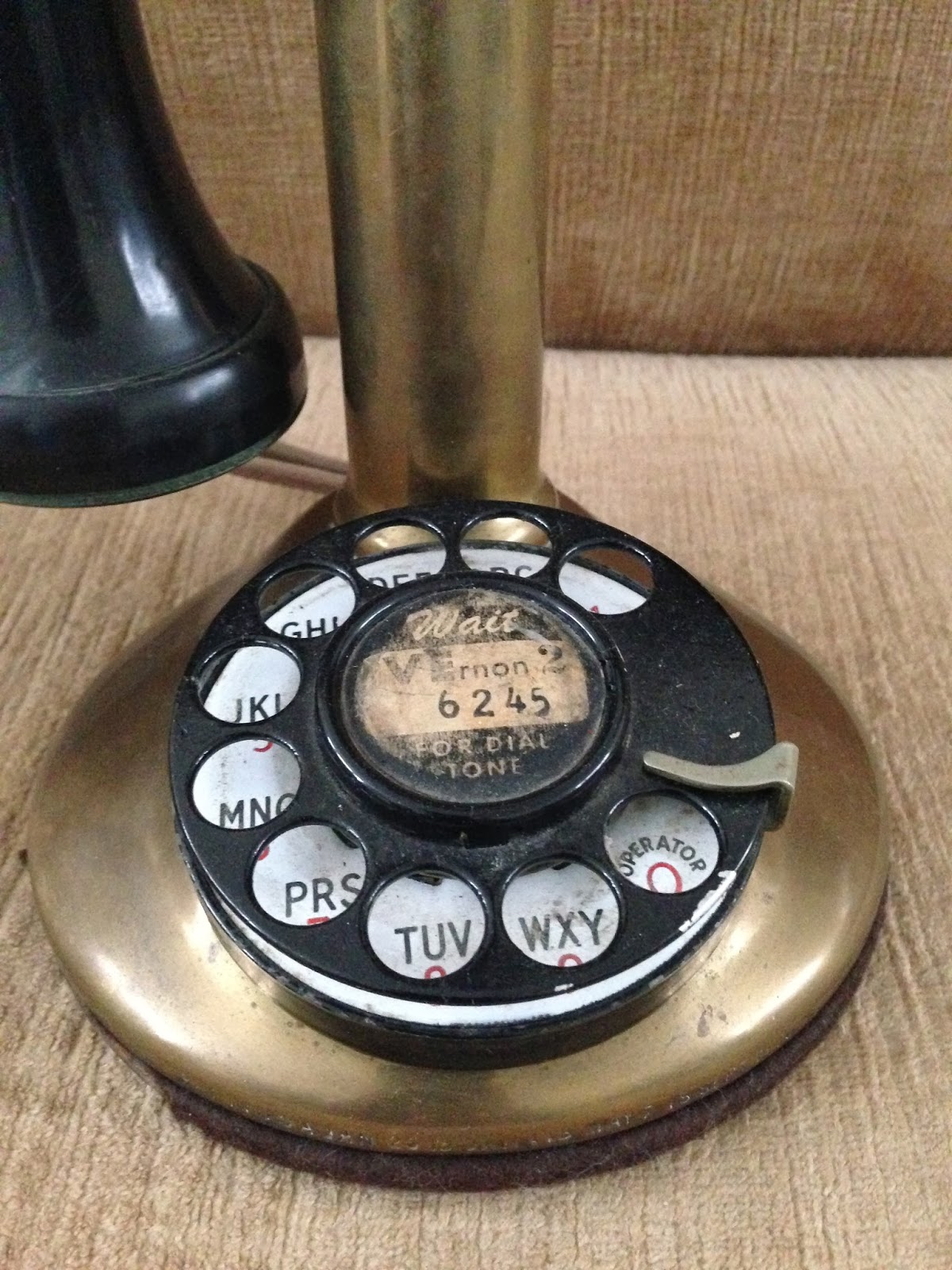 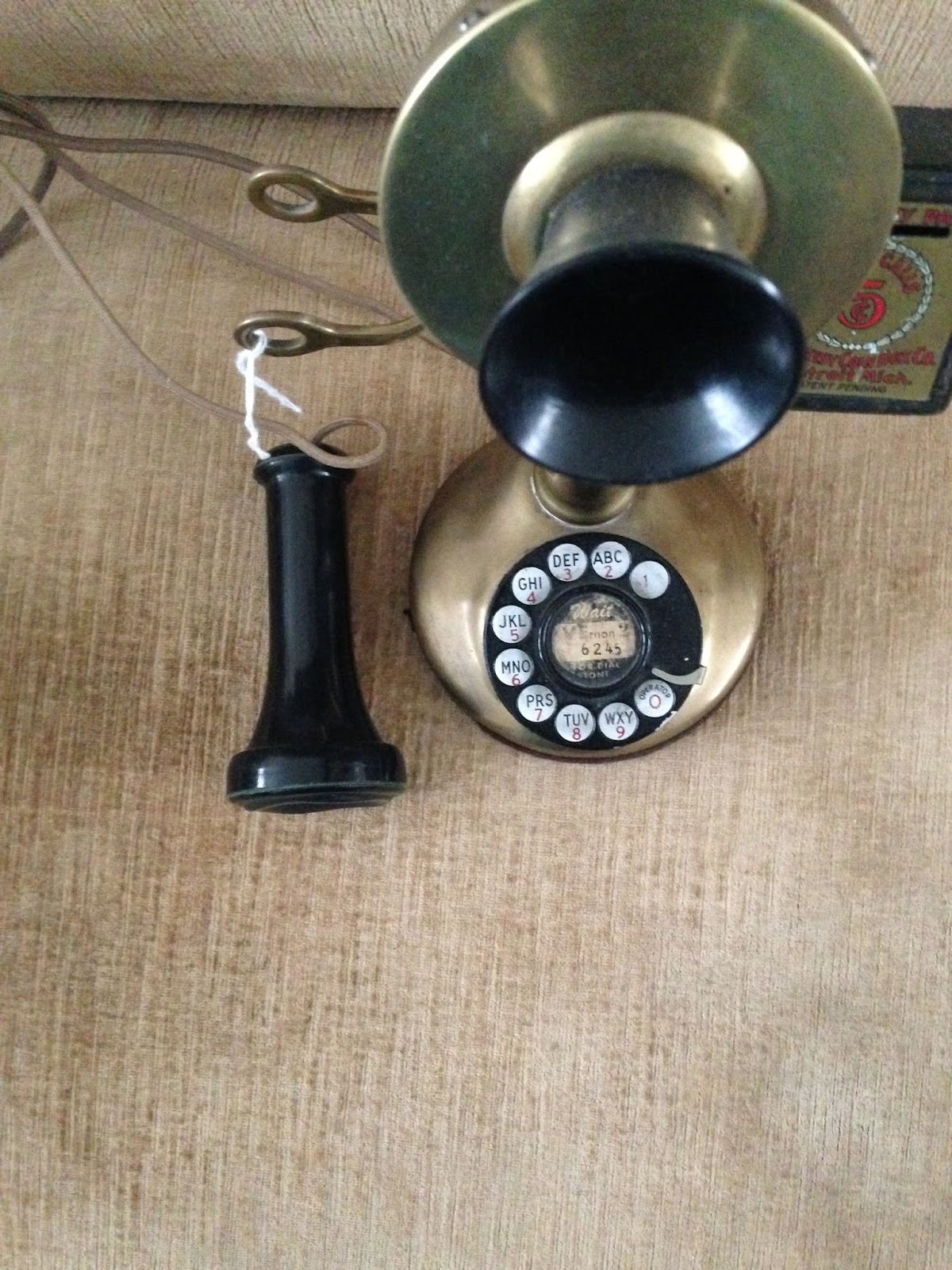 Here's another phone from our collection. 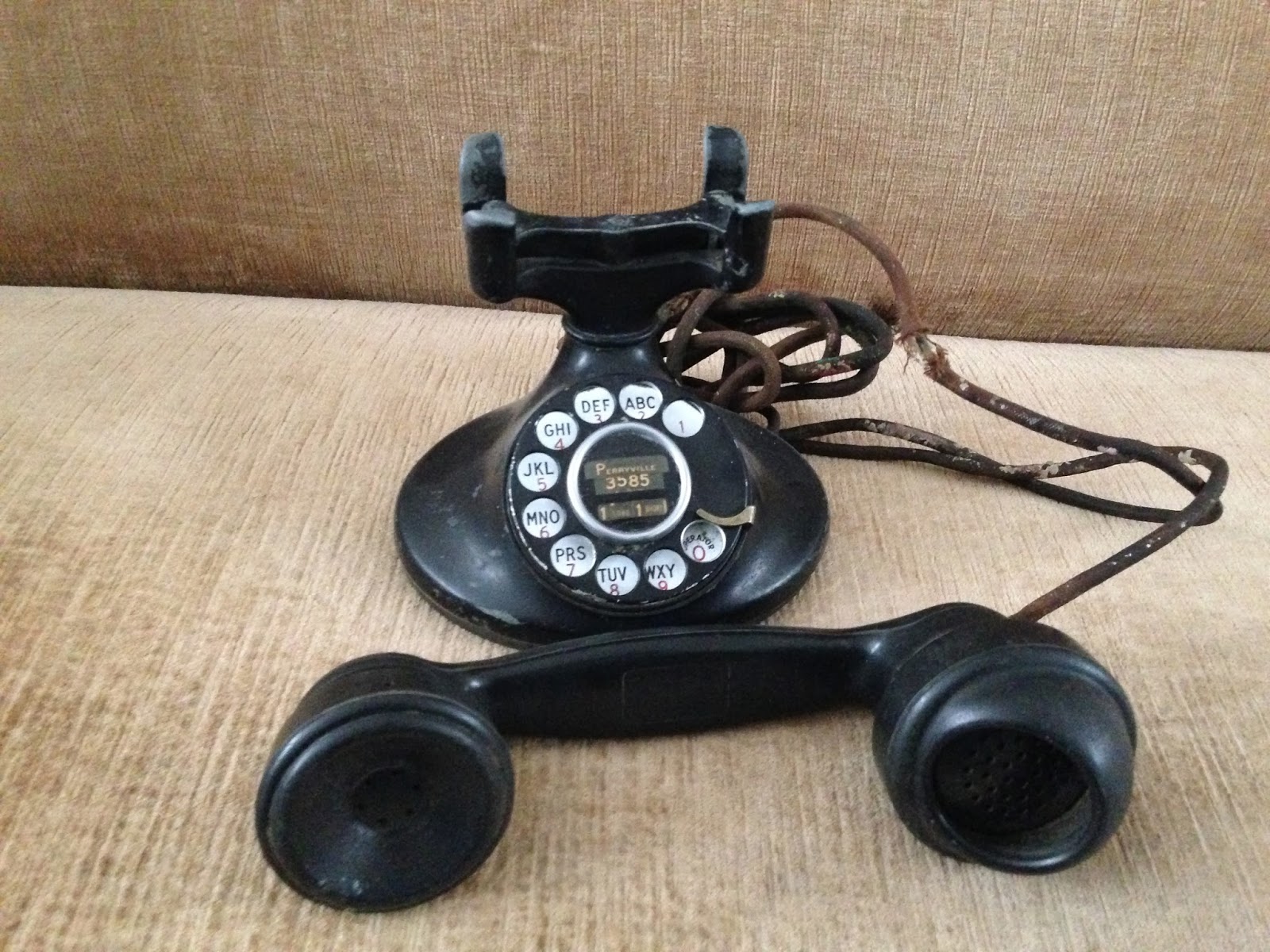 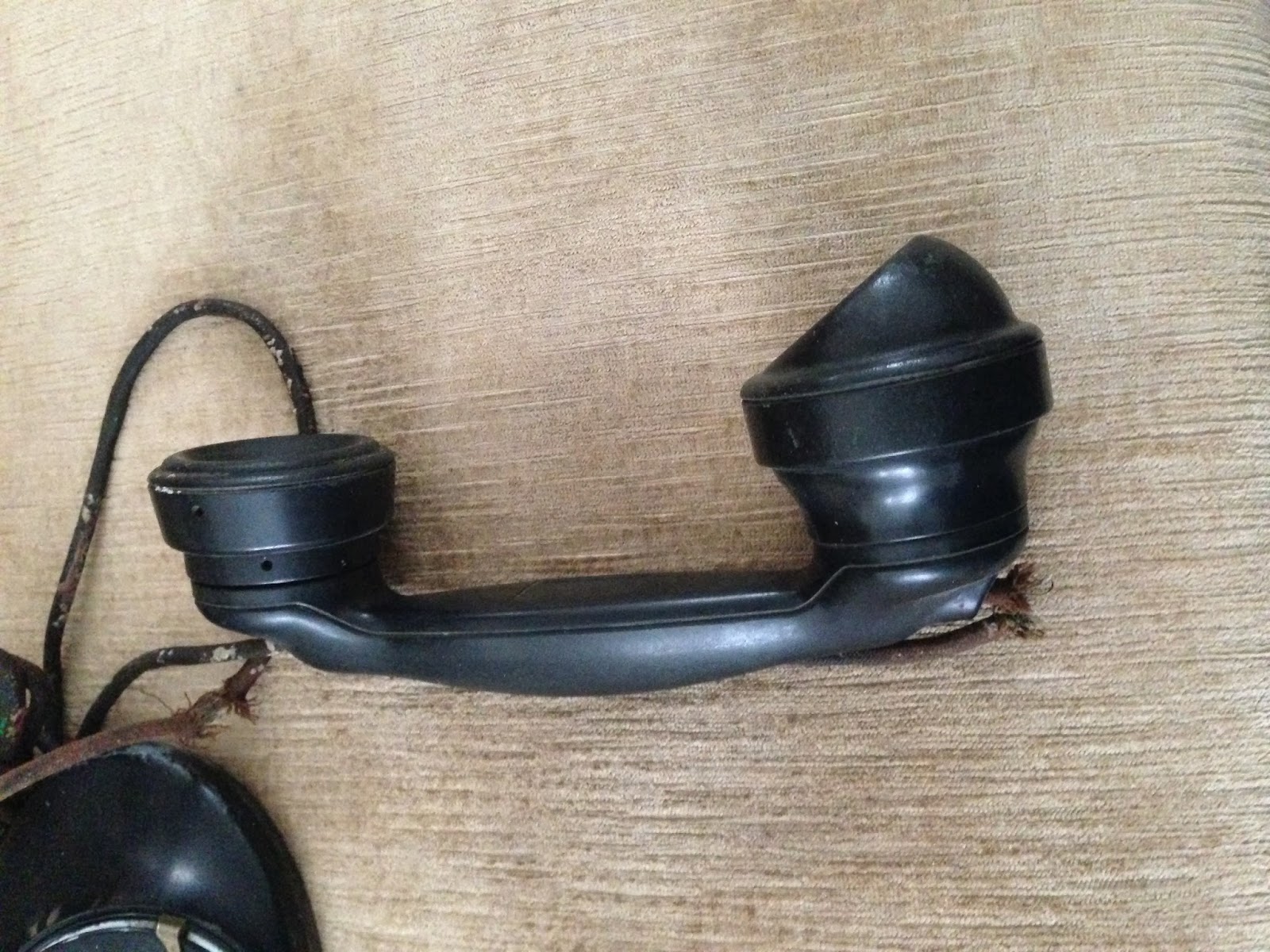 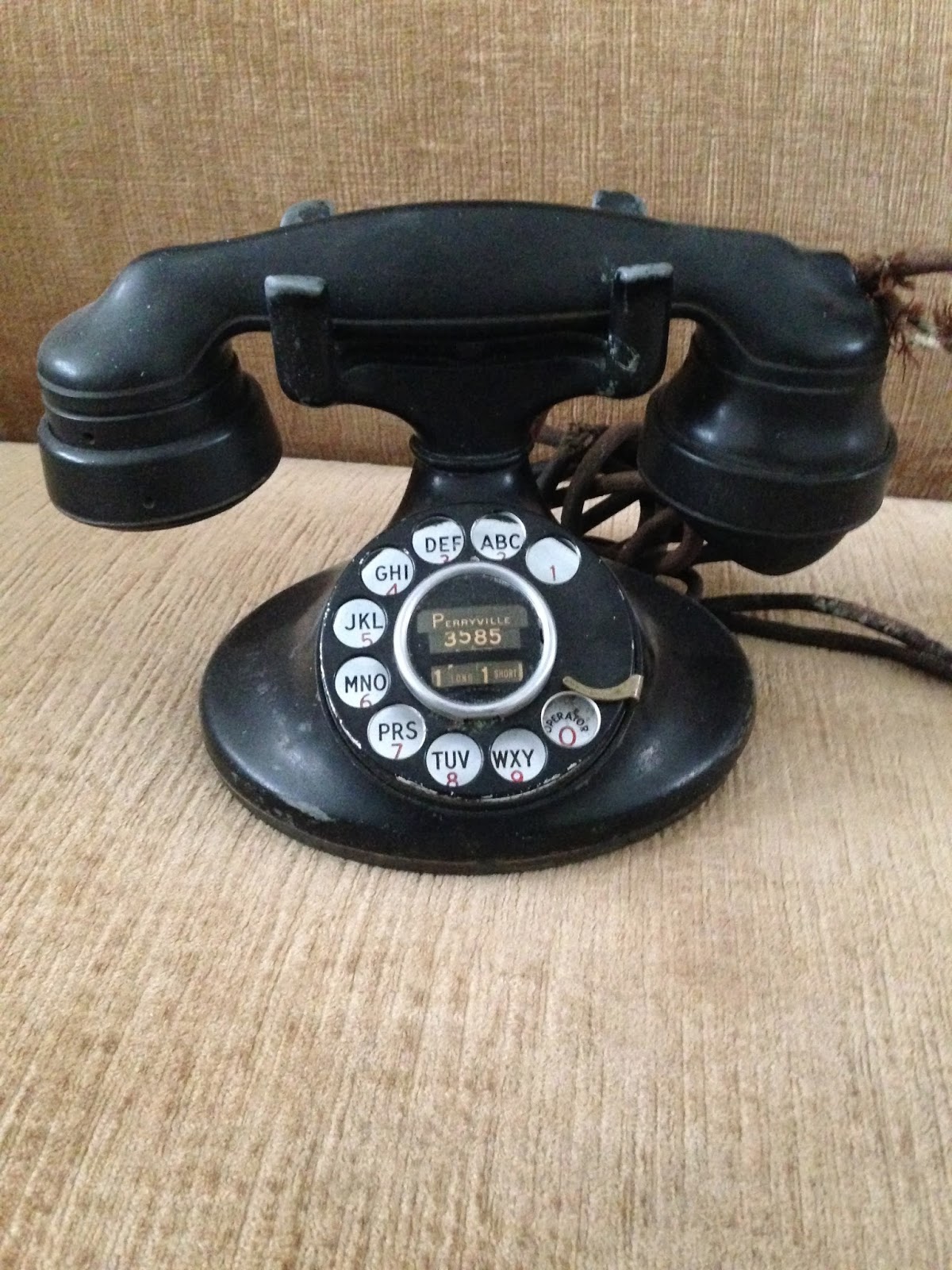 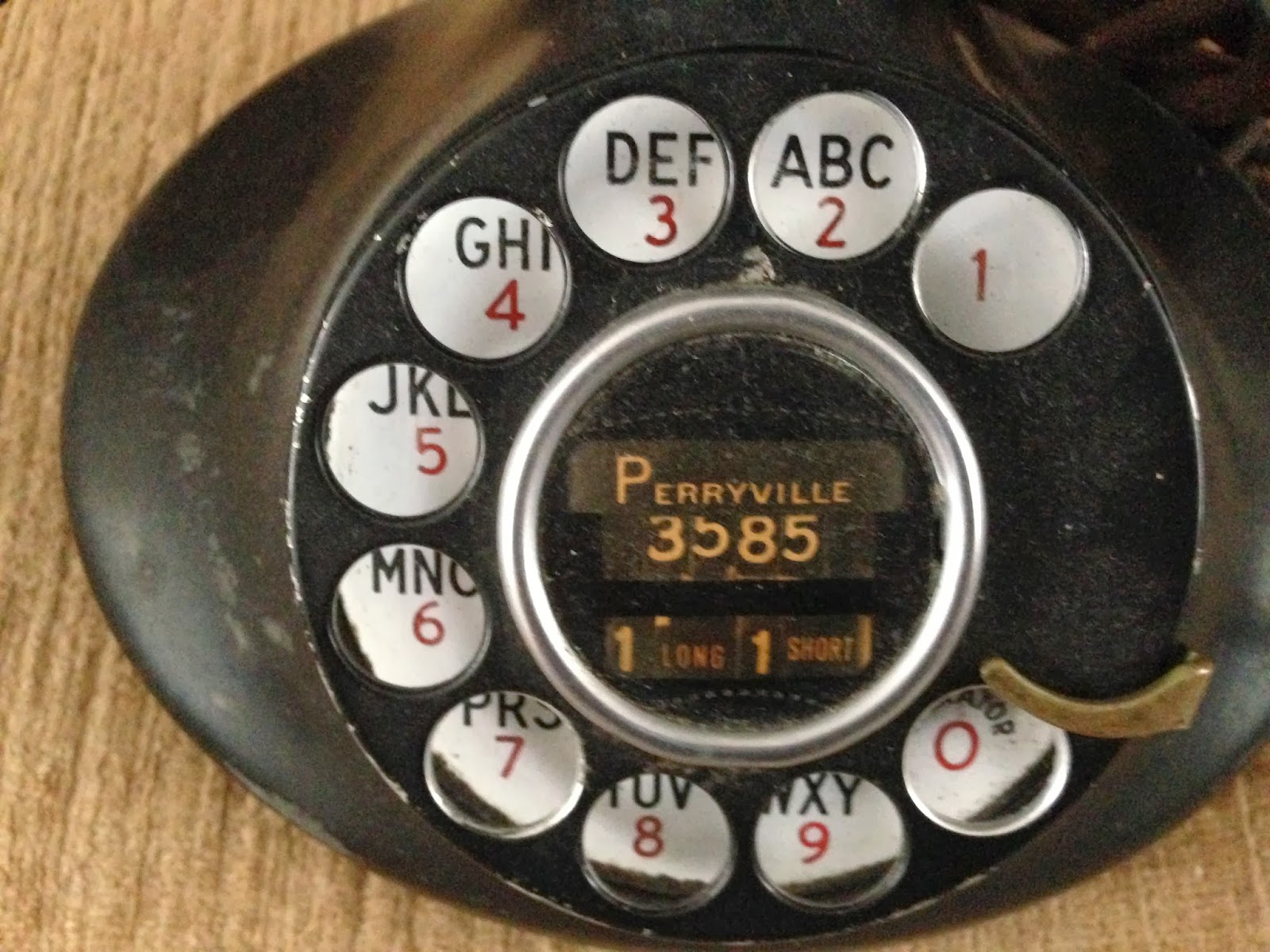 
More clocks from my hubby's collection 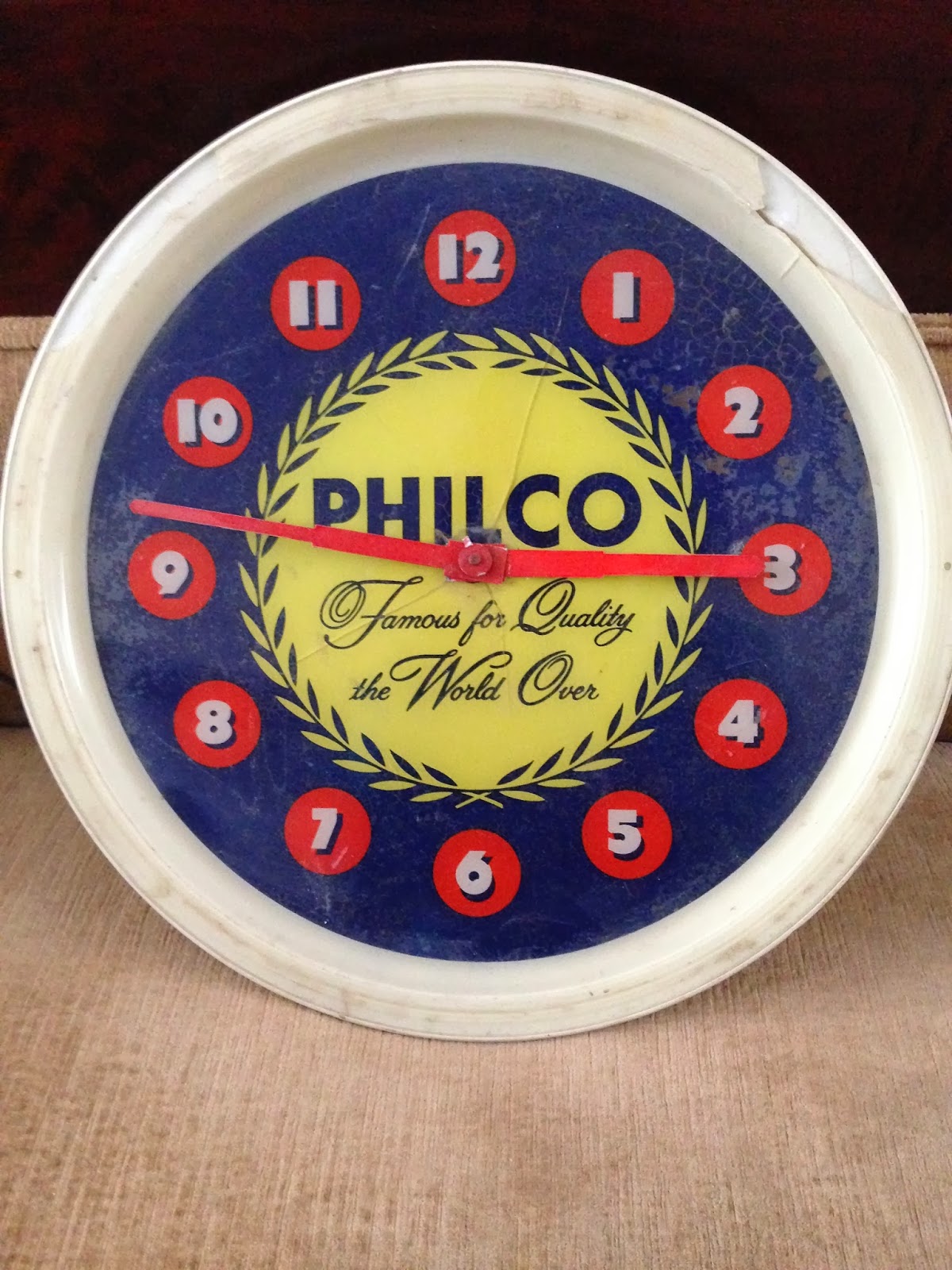 This is a late 1940s advertising clock made by Neon Products of Lima, Ohio. It hung in an appliance store in central Virginia for almost 50 years before my husband acquired it. Philco was based in Philadelphia and their name is synonymous with antique radios, televisions, and major appliances. This clock displays a common problem found on many old advertising clocks. These clocks are supposed to have low wattage (less than 15W) bulbs installed inside them. Someone installed 60 watters in here and it caused the paint on the glass to start flaking and de-laminating. Higher wattage bulbs generate too much heat inside these clocks. 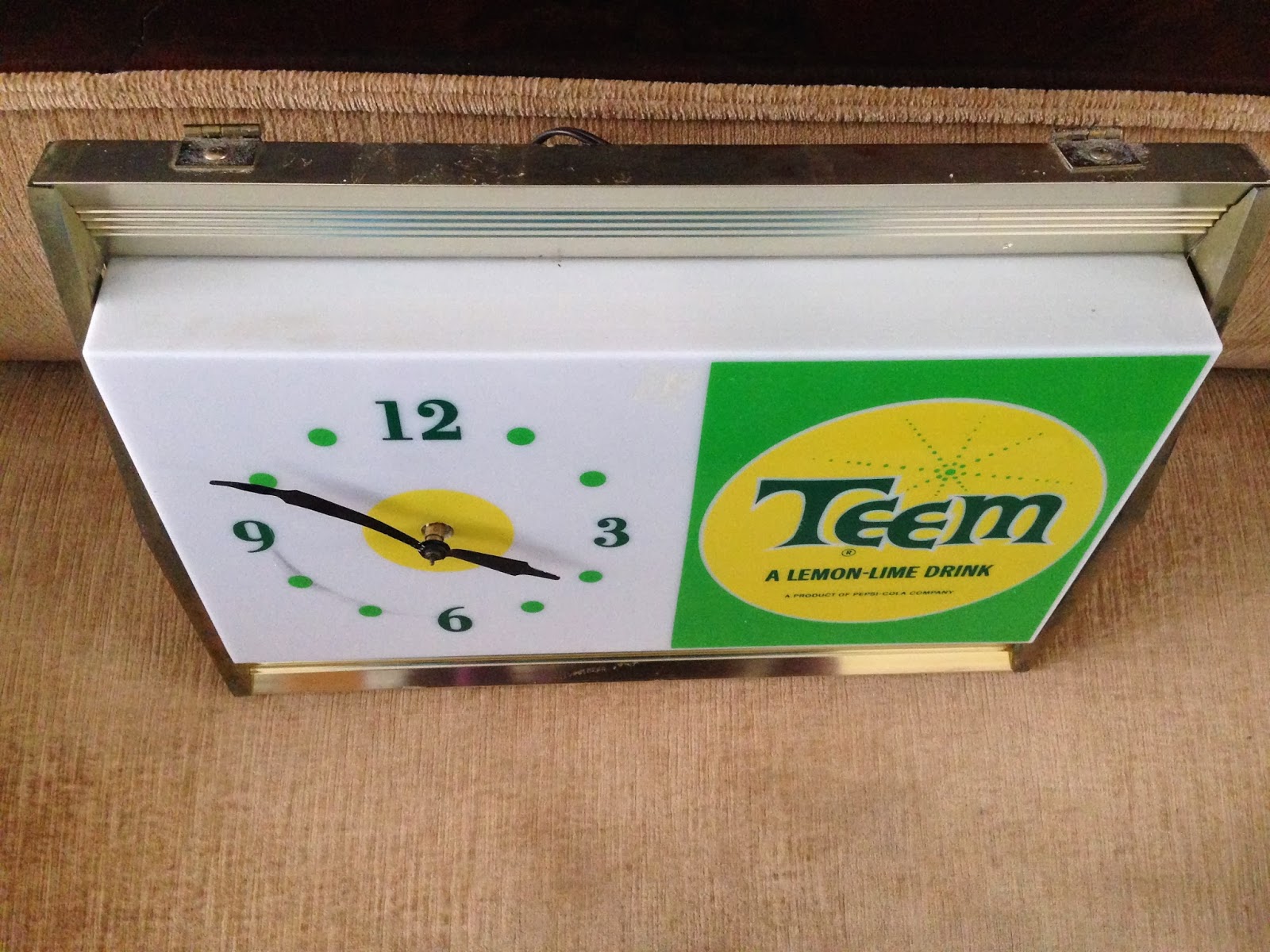 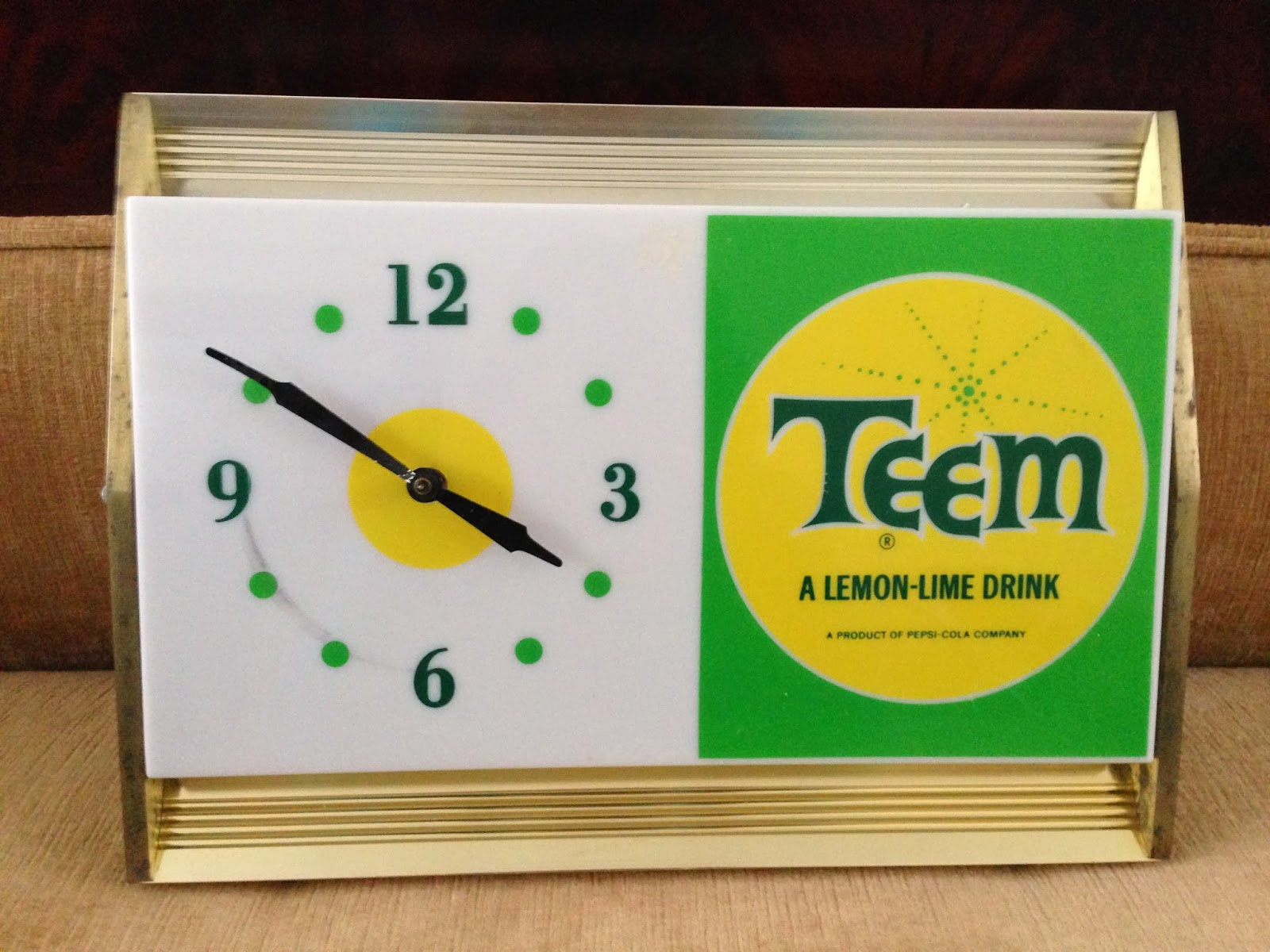 This is a fluorescent advertising clock made by Tel-A-Sign of Chicago in 1962. Teem was Pepsi's answer to Sprite. The dates online vary for when the soda was introduced, but it was sometime in the early 1960s. Teem existed until 1984, when it was re-named Slice. Slice continued through the late 1990s when it was re-named yet again to Sierra Mist.

My husband found these flashlights at various flea markets and thrift shops for next to nothing. He had to replace the bulb in two of them but they are really bright. I will grab one of these if I have to take the trash out at night and I can see everything. All of them are in regular use around our house. 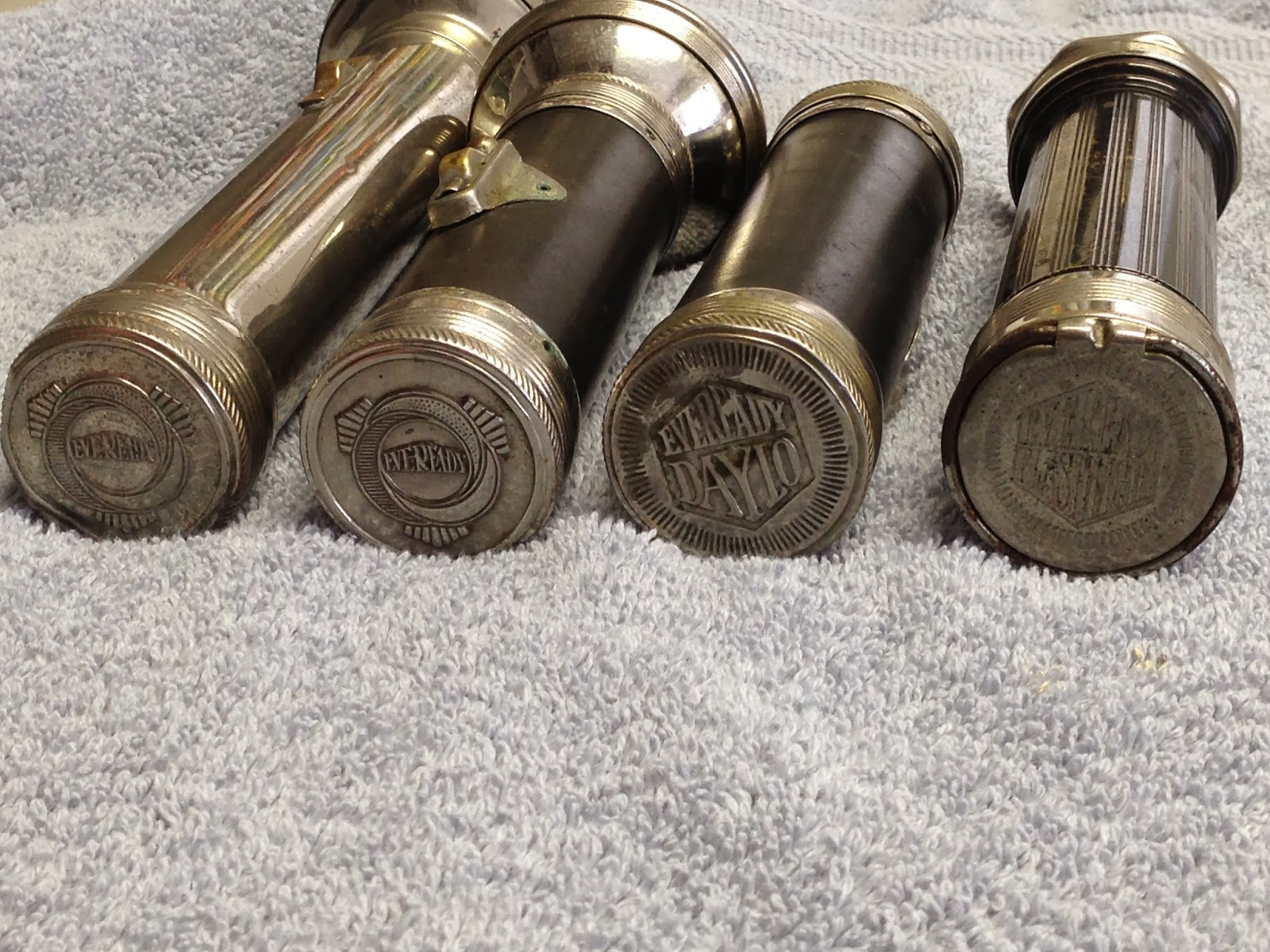 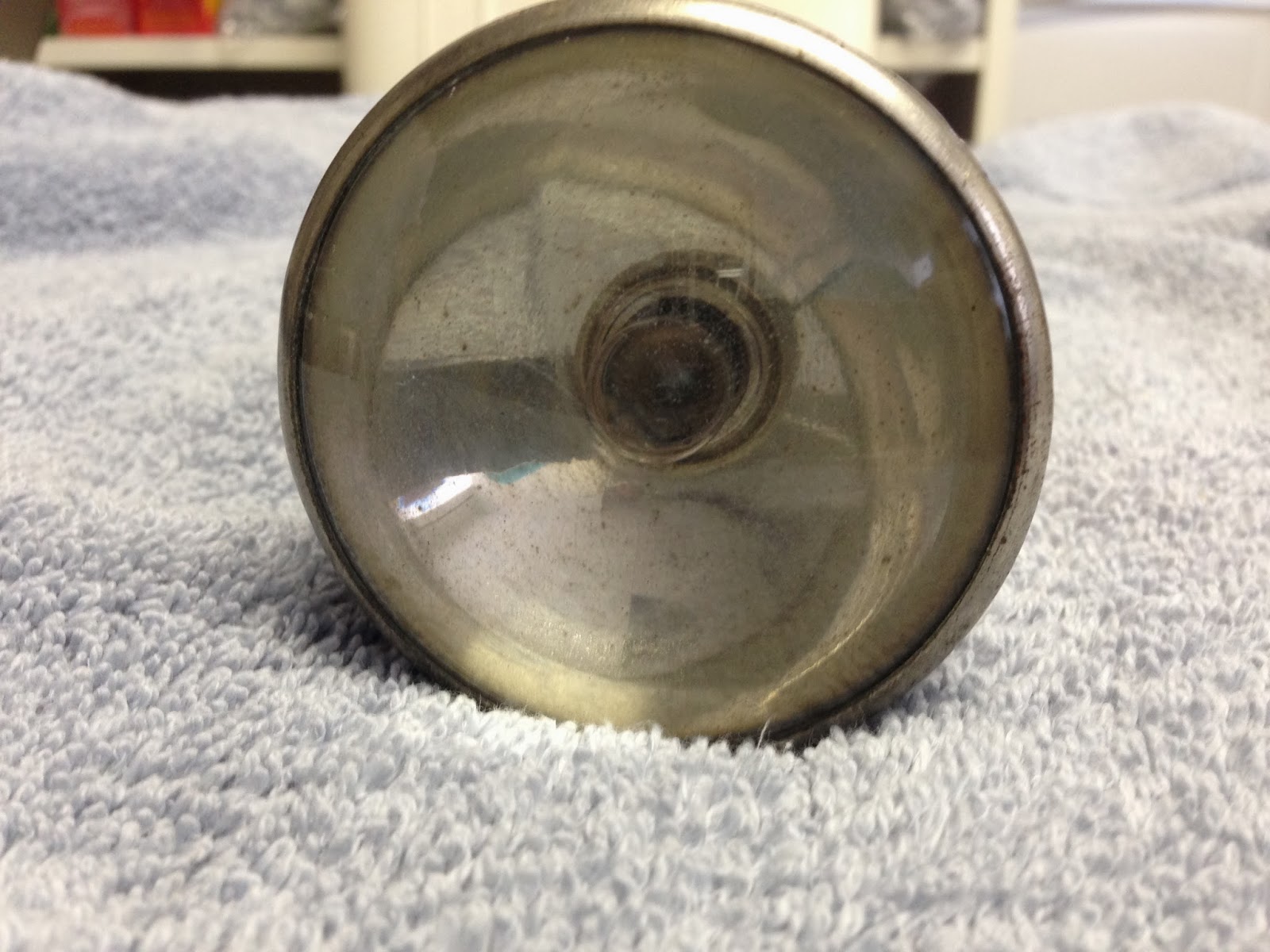 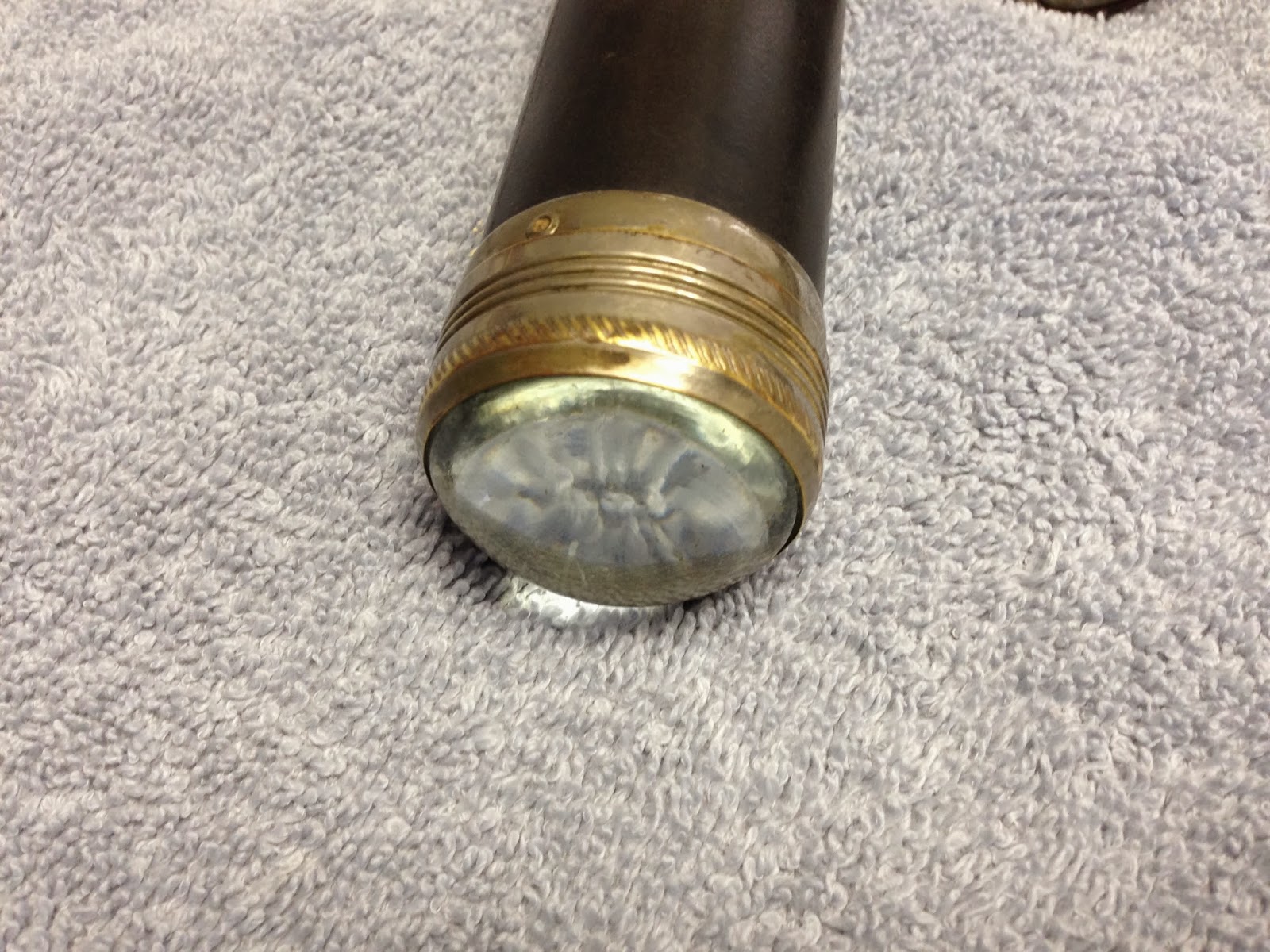 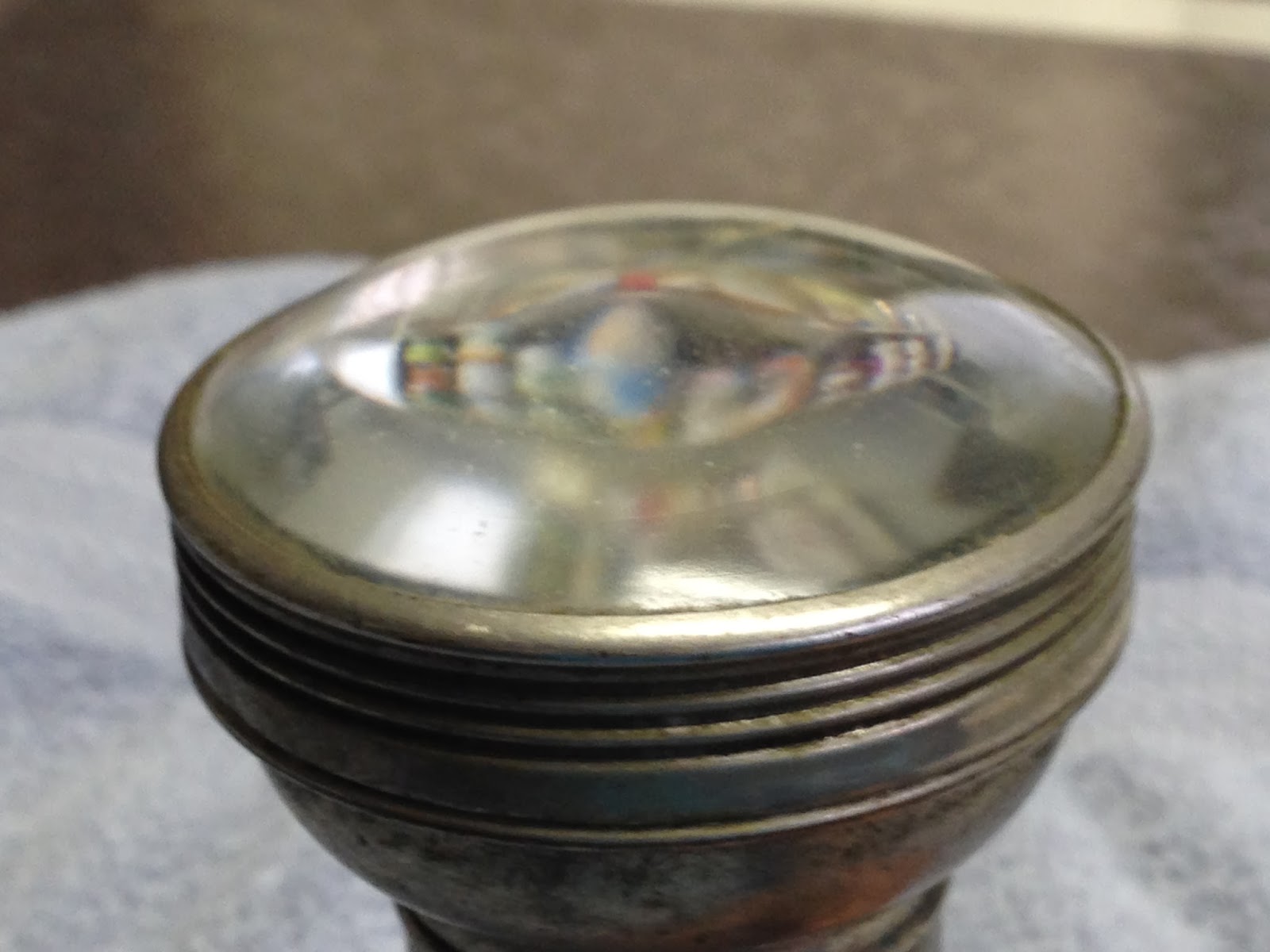 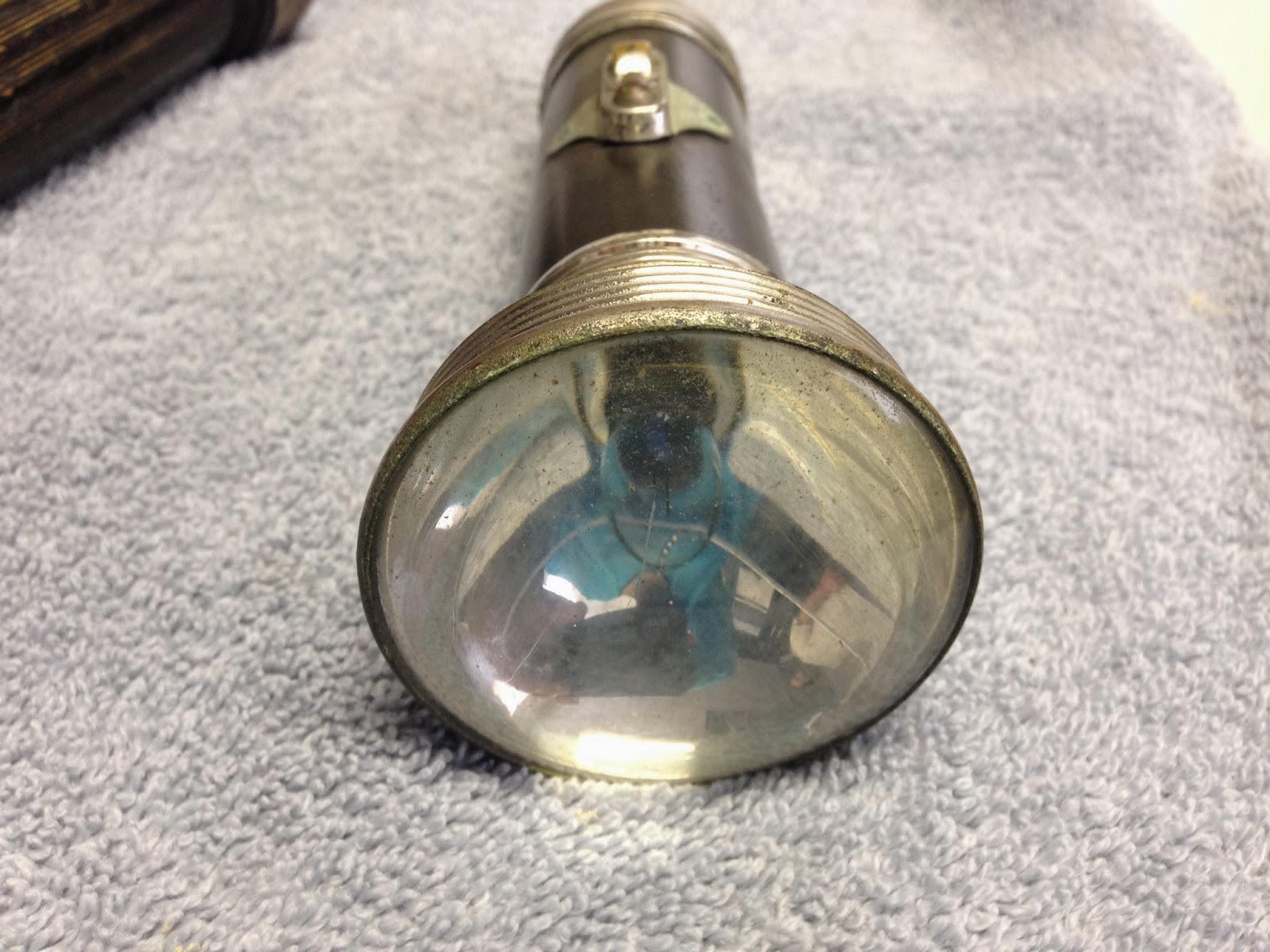 Here's a coin-op hospital radio that I love (this one will be placed with the rest of the collection). This is a Telex model T-6 made around 1954. It mounted to the head of a bed and also contained a reading light. 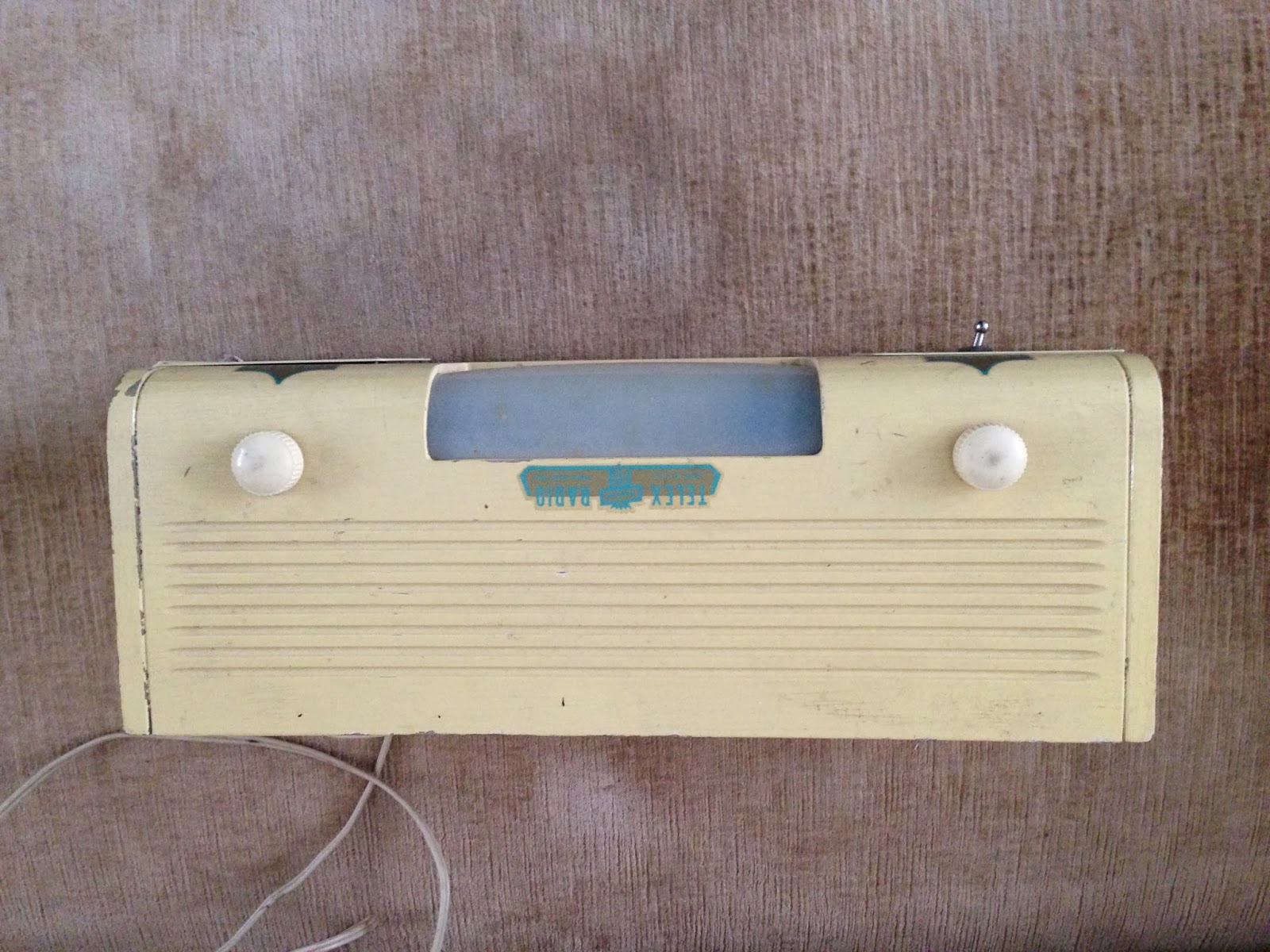 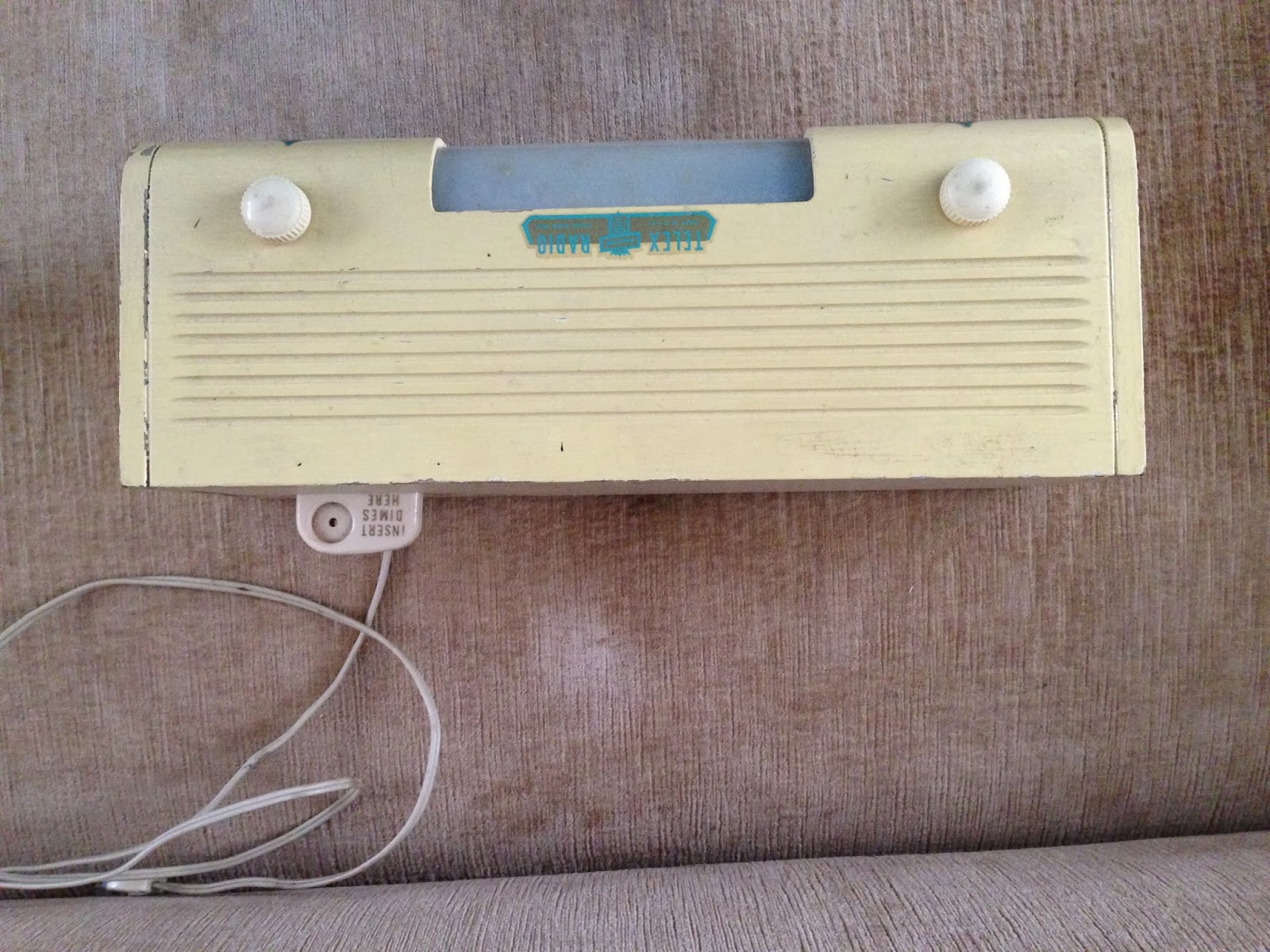 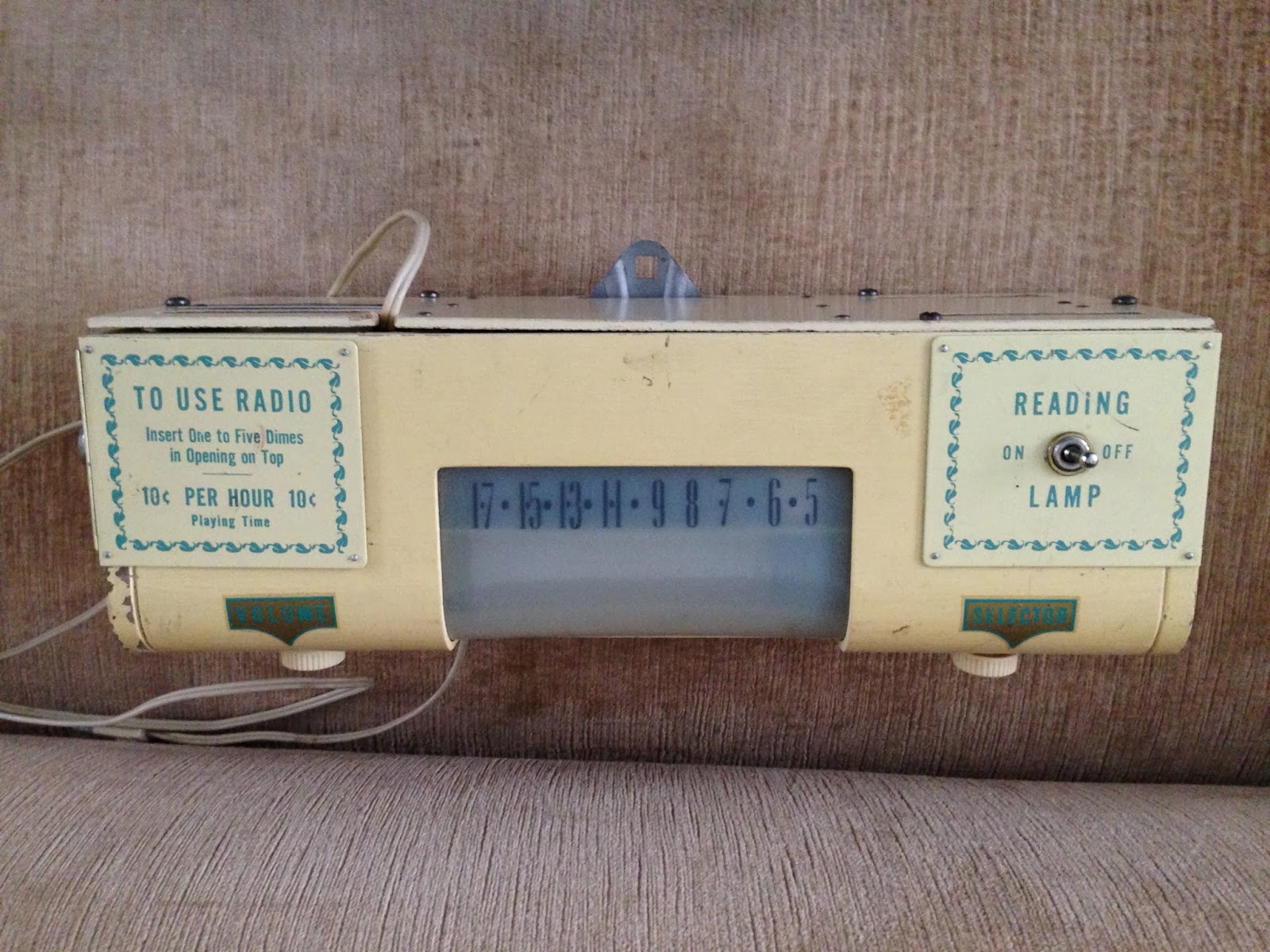 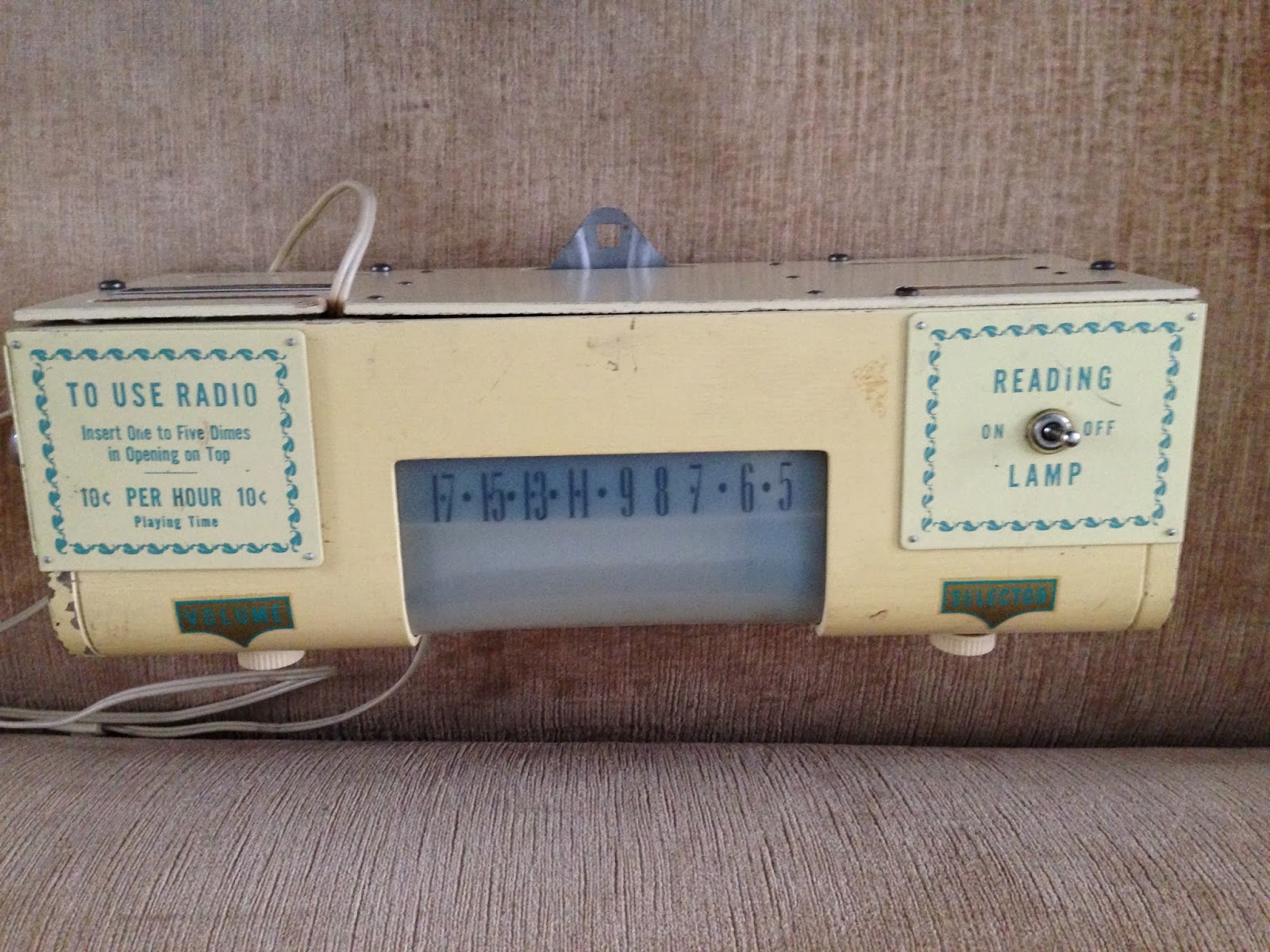 New painting from our collection 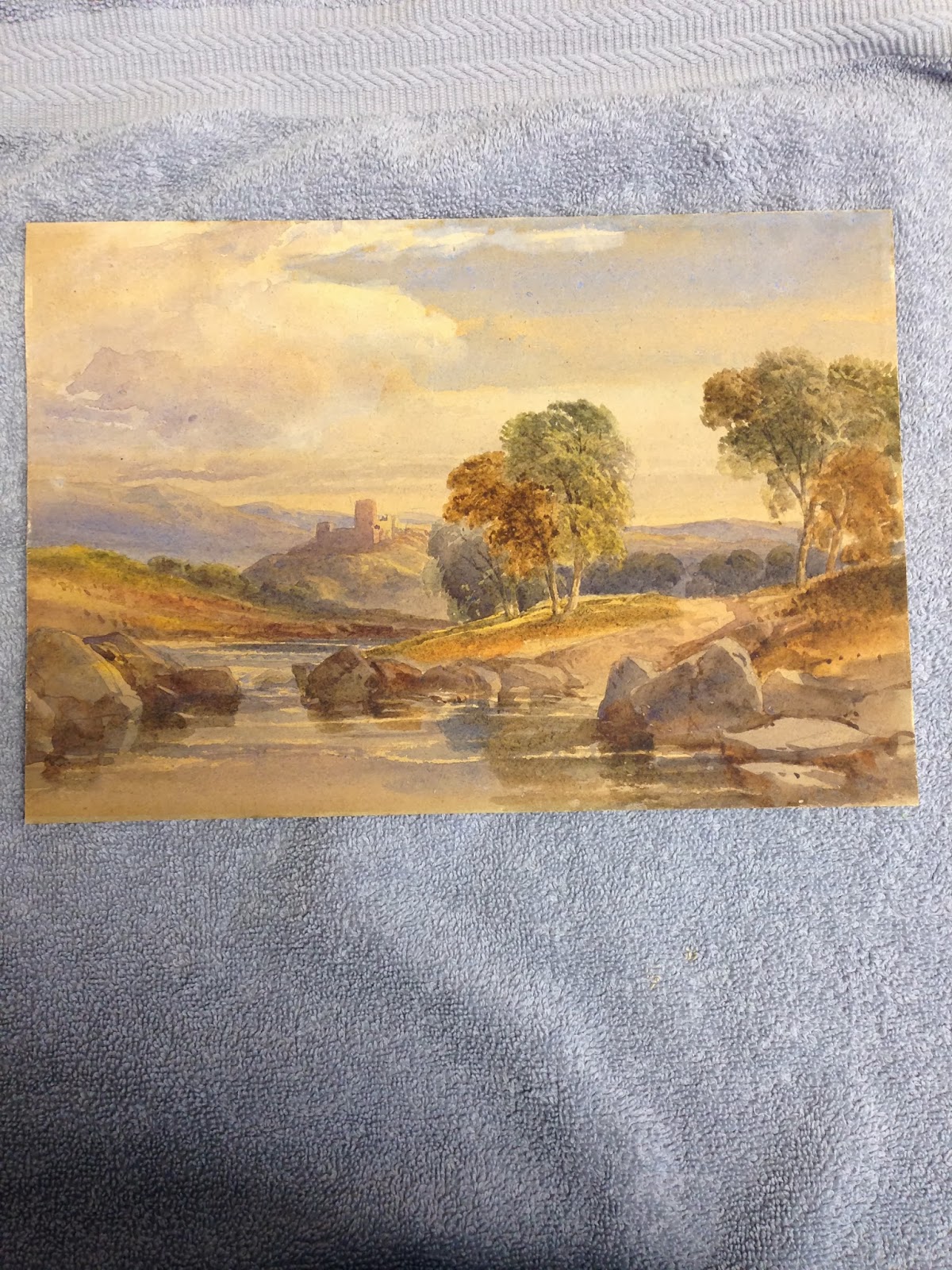 We bought this painting at an auction for a good price. It was overlooked due to its residing in an ugly 1970s frame with a smoky glass (boy this frame is so cheesy...it actually made the painting ugly). The glass made the painting appear much darker than it really is - almost to the point it appeared that the painting was soiled or the paper had bad foxing. We took a gamble and it paid off. Getting it out of the frame improved it a hundred times over!


Thanks for checking out our blog. See you next time.